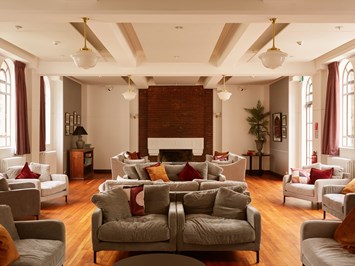 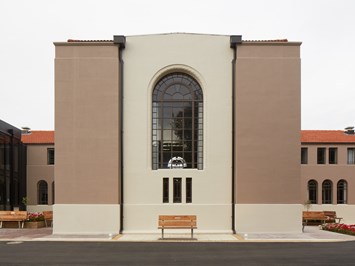 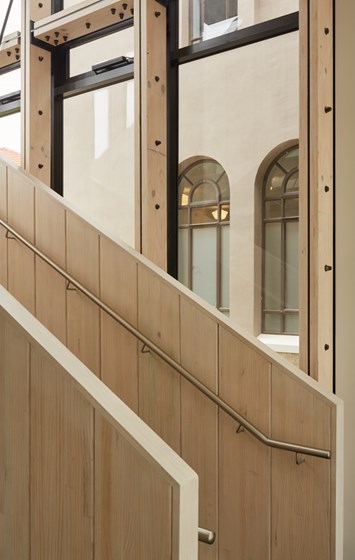 The Massey Refectory building was constructed in 1930 for the newly established Massey Agricultural College in Palmerston North. The building was designed in a simple Spanish Mission style by renowned architect Roy Alstan Lippincot

Lippincott’s earlier buildings include the iconic Auckland University College Arts Building Tower and Smith and Caughey's Department Store in Auckland. The Refectory was one of the first buildings constructed at the Manawatū Campus and is in a prominent position overlooking the grassed Cricket Oval, at the heart of the university.

The building’s plan is a cruciform shape, with east and west wings on each side of the central refectory.  In 2013, the original double height refectory hall, common room, games room, kitchen and staff quarters had undergone substantial alterations.  These modifications included the addition of a floor through the middle of the original refectory hall to create lecture theatres for the university. The Refectory was then closed in 2013 due to seismic issues.

Studio Pacific Architecture were commissioned, alongside Aurecon engineers, to incorporate non-intrusive seismic strengthening, and restore the refectory hall and common room back to their original state. The brief included housing the office and meeting rooms for the University Chancellery within the remaining space and an upgrade to comply with the current building regulations.

A conservation report, undertaken by Chris Cochran, was used as a basis for heritage investigation. Studio Pacific undertook careful analysis of the original construction documents and old photographs, and comprehensively surveyed the existing building. The building was modelled as a three-dimensional computer model. The model documented how to restore the refurbished spaces back to their original state and was used to test the impact of various strengthening strategies. The refurbishment design also includes a new rear entrance, which provides a lift and compliant stair access to the upper storey spaces.

Studio Pacific Architecture’s considered and conscientious refurbishment ensures that Lippincott’s classic interpretation of the Spanish Mission style is revealed in both the exterior and interior of the building. The original grandeur of the refectory hall is restored, providing a unique function space for the University and the City.  The refurbishment and sensitive adaptation reinstate the building’s position at the historical heart of the campus.