Studio Pacific’s Rawhiti Bach and Sleepout was awarded in the housing category at this year’s NZIA Auckland Architecture Awards, which were held at the MOTAT Aviation Display Hall in Auckland on 28 May 2015.

The judges noted that the two structures ‘employ quite different languages to express their purposes’, describing the bach as ‘clearly a building of its time’ and the sleepout as a ‘remarkably brave … tough-minded building’. 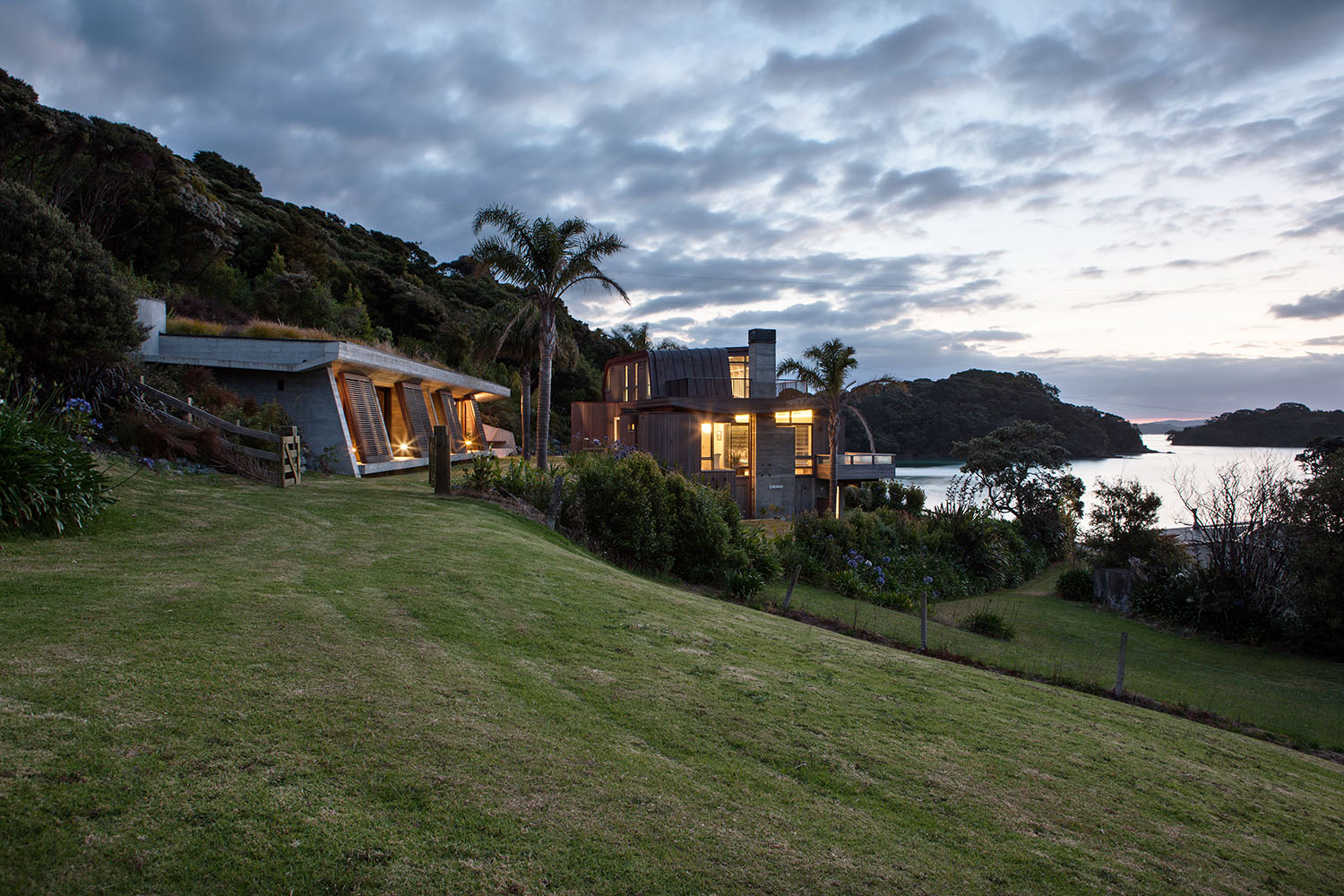