The project involved a full fitout of the existing Troupe House building near St John's Church on Willis Street.

Studio Pacific architectural graduate Whare Timu contributed to the overall look and feel of the interior space including his proposal for an 11m tall poutokomanawa as the main feature. The project took almost a decade from inception and the opening ceremony was a big occasion for all involved.

The night began with a powhiri led by Taita College, who welcomed Governor-General Sir Jerry Mateparae and Weta Workshop's Sir Richard Taylor as the guests of honour. 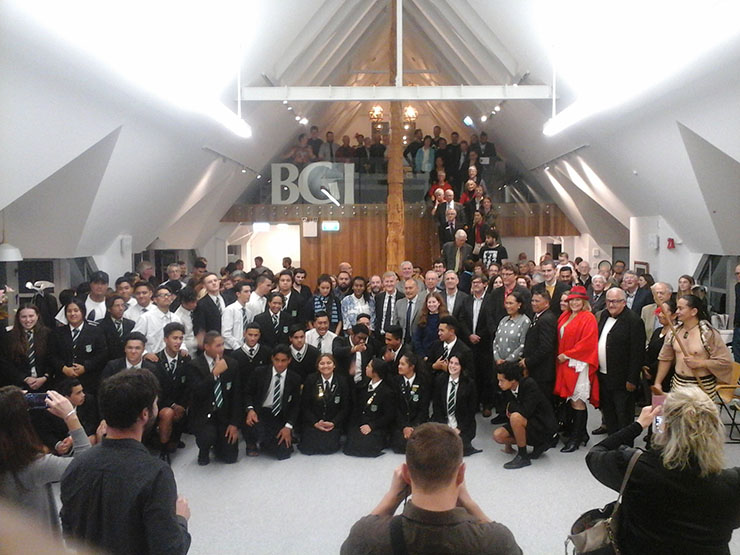