The refurbishment and extension of 133 Molesworth Street has won two Concrete3 Sustainability Awards.

This year’s awards were presented at the New Zealand Concrete Industry Conference on 7 October at the Ellerslie Event Centre in Auckland. 133 Molesworth Street won the Excellence in Commercial Concrete Consutruction Award and was also named the overall winner on the night.

The Concrete3 Sustainability Awards encourage responsible design, build and operating practices across environmental, economic and social considerations. These two awards are acknowledgement of the sustainable achievements of the project, which include the use of profiled concrete cladding panels that act as sunshades while also modernising the overall look of the building.

Read more about the project and the awards in the latest issue of Concrete Magazine here. 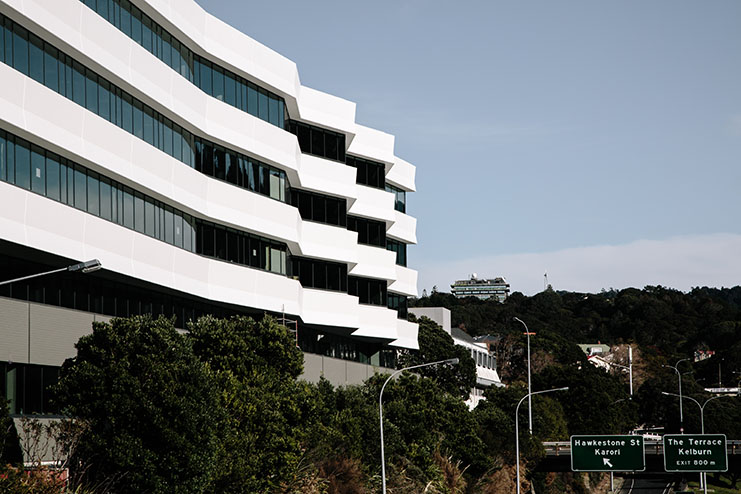