The Naming Ceremony for the DIA Archives Exhibition

On 10th August, the Internal Affairs Minister Hon Peter Dunne announced the name and visual identity of the new archive exhibition to open within the National Library, Wellington. The ceremony included members from Department of Internal Affairs, Archives NZ and the National Library with a number of iwi and manawhenua leaders who had given their blessings to the ceremony.

The permanent exhibition will be known as ‘He Tohu’, which has a number of meanings – signs, signatures, marks and symbols that relate to three important New Zealand constitutional documents:

Studio Pacific has been leading the design of the document room which sits centrally in the new exhibition space in the National Library; it is designed to hold the originals of these founding documents. Studio Pacific has worked with exhibition designers Story Inc, engineers Dunning Thornton and e3. Construction work is currently underway with Fletchers due to complete the work early next year.

The name was chosen because it refers directly to the most obvious and powerful element of the exhibition’s three documents, the unique signatures or marks of those who supported them. He Tohu was developed collaboratively by Department of Internal Affairs staff, external advisors to the project and the Taranaki Whānui naming committee. 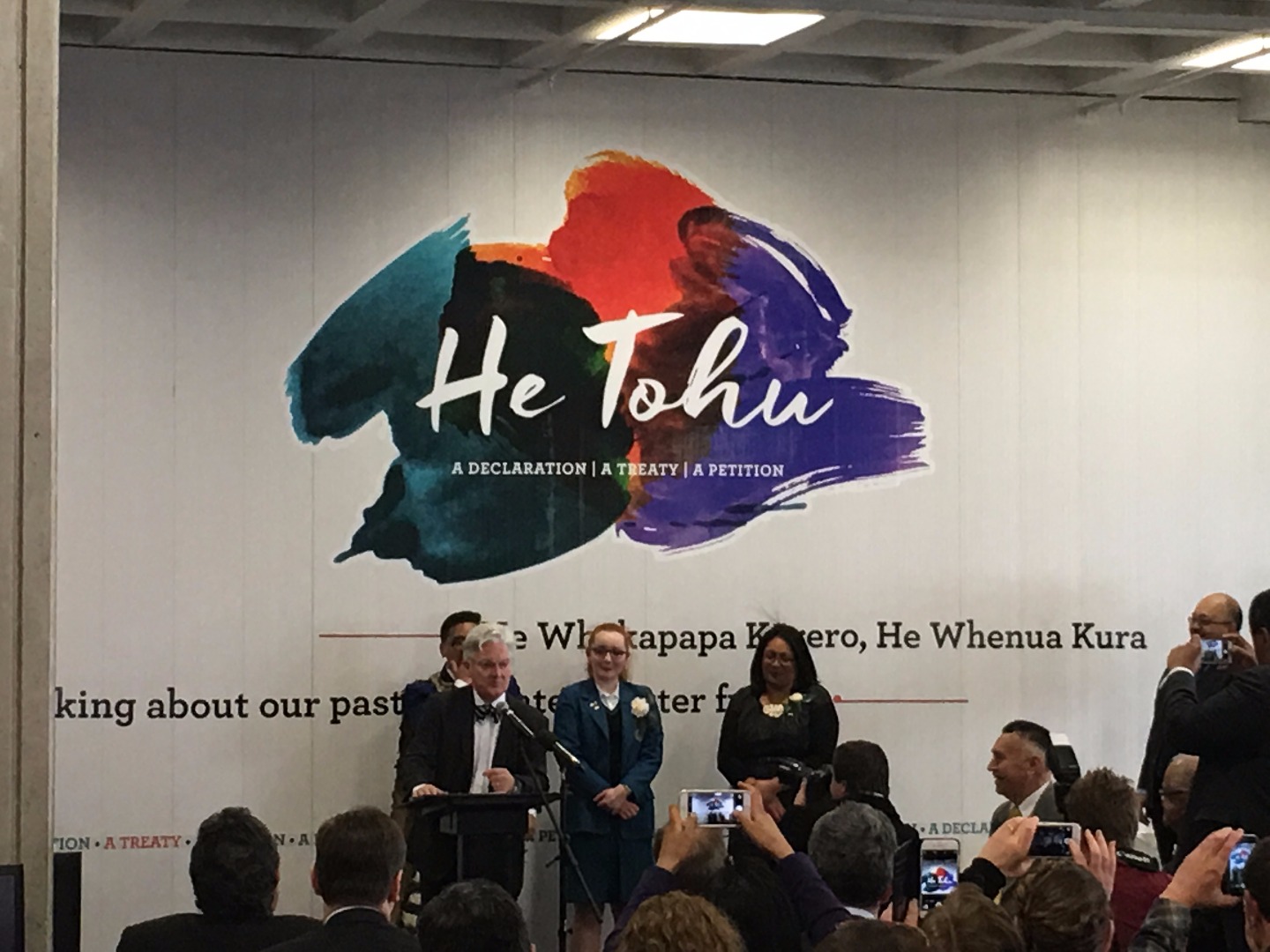