Of particular note is the five innovation points received for its use of a dia-grid structural system, one of the highest innovation ratings for a single project.

It also received significant points for the dematerialisation of the building structure. Essentially building out of triangles rather than squares saves 25% on steel. Modeling done to determine the embodied energy of the steel saved works out to around 9 years of base building energy and over 600 tonnes of CO2

The architecture of the building accentuates the geometry and strength of the dia-grid structure demonstrating leadership in design and design integration between the developer, architect, structural engineer, and ESD consultants. 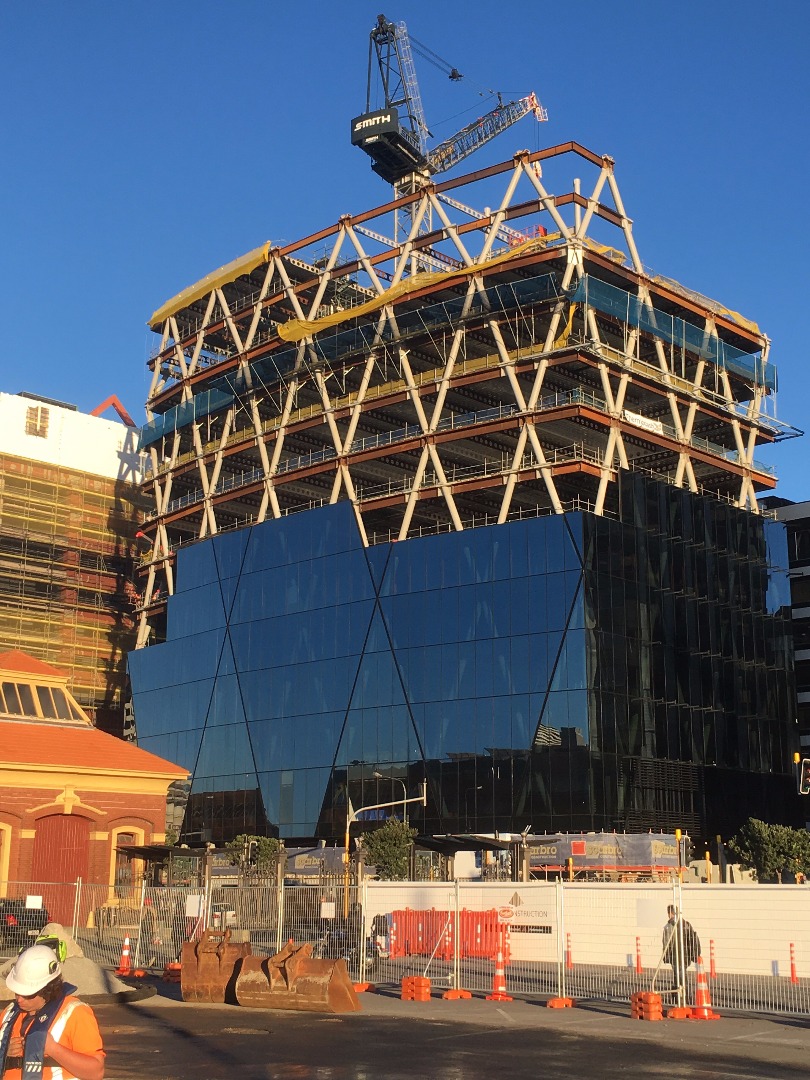