The Terminal received a Commercial Architecture award alongside the top of category Sir Miles Warren Award for Commercial Architecture. The Sir Miles Warren Award is given in recognition of the highest tier of architectural achievement in NZ. Studio Pacific is very proud of this significant award, which is a testament to the hard work of the entire design, project and construction team.

We are particularly pleased to be celebrating with our client, Nelson Airport, who have embraced the ideas driving the building and its low carbon sustainability initiatives.

“Nelson Airport Terminal is a great hovering timber tent that celebrates the excitement of air travel. The building is an exemplar of passive environmental systems, and the architecture is a testament to what can be achieved with a strong design team using an integrated design process. Nelson Airport is set to become a defining moment for Nelson and for New Zealand regional architecture, and an attraction in its own right.”

"When approached by either air or road, the first view of the building is of the striking folded timber roofscape with mountains in the background. It is a bold design gesture that signifies a brave vision for Nelson, and for sustainable airports. On entering the terminal, tall, bare timber columns draw one’s gaze up to the faceted triangulated timber ceiling and underside of the roofscape, a composition that showcases local expertise in timber fabrication. The architects have been restrained in their selection of materials, instead choosing to make the most out of every part of the building. Structural materials provide both acoustic performance and architectural finish. The building is a delight to experience, and a celebration of regional New Zealand."

You can find out more about the Nelson Airport Terminal here. 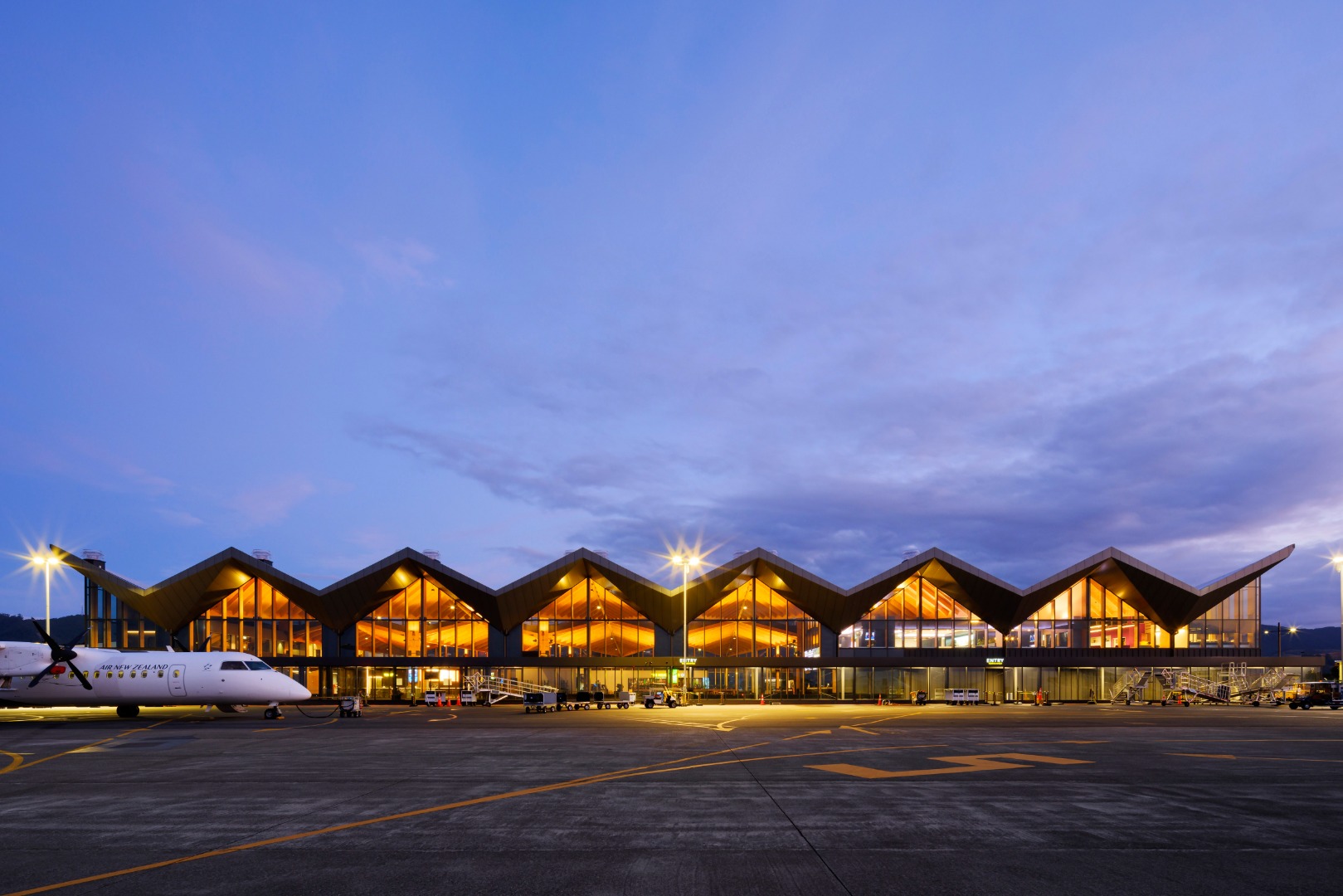