For Studio Pacific, the act of sending Christmas cards is a valued tradition of spreading joy and connecting with clients, consultants, friends and family. Every year, an emerging local artist is commissioned to produce a piece of art which is featured on the front of the card.

Since starting the tradition in 1996, the Studio’s collection of art has built a timeline of the friendships and connections made across Aotearoa New Zealand. Each piece represents collaboration, celebrates diversity and intertwines creativity into the studio.

Stephen McDougall, Founding Director, says that the final composition of the artwork is usually up to the artist’s interpretation of contemporary issues we are facing or what the holiday season means to them. Reflecting upon this year, Stephen and Maihi discussed the continuously evolving essence of our Studio and its place in the world resulting in ‘Te Kunenga’.

Maihi used kōwhaiwhai, a non-figurative designed system inspired by a series of patterns found in nature. “All of the kōwhaiwhai patterns I create are intended to assist in the connection between the many dimensions of our well-being”, says Maihi. “My hopes for all of my works are that when viewing the work, the audience can find a relatable detail that bonds them specifically to the piece, enabling engagement with those thoughts as they connect with the patterns.”

The title of the piece, ‘Te Kunenga’ reveals the progression and development of the studio and the importance to evolve and change with the times in Te Ao Hurihuri (the changing world). “This pattern is made to show the illusion of looking through only a small window of an everlasting infinite design.”

Maihi says “within this painting, the movement of the active space through the middle shows the pro-activeness of this company within the land ownership and tenure space, as well as navigating climate change and decolonisation. These challenges are also represented by the bordering patterns as they try to penetrate towards the middle active space. While the middle pattern is pushing, nudging and stretching out these challenges it creates a new passive space (white). This passive space represents Te Ao Marama (knowledge and enlightenment) where resolution is found from dealing with these professional and cultural challenges.”

The relationships between the geometric forms create a visual representation of the connections built within the company between the staff, clients, consultants, friends and family. All of these aspects have been woven and bound together with full intention to create this kōwhaiwhai, ‘Te Kunenga’. 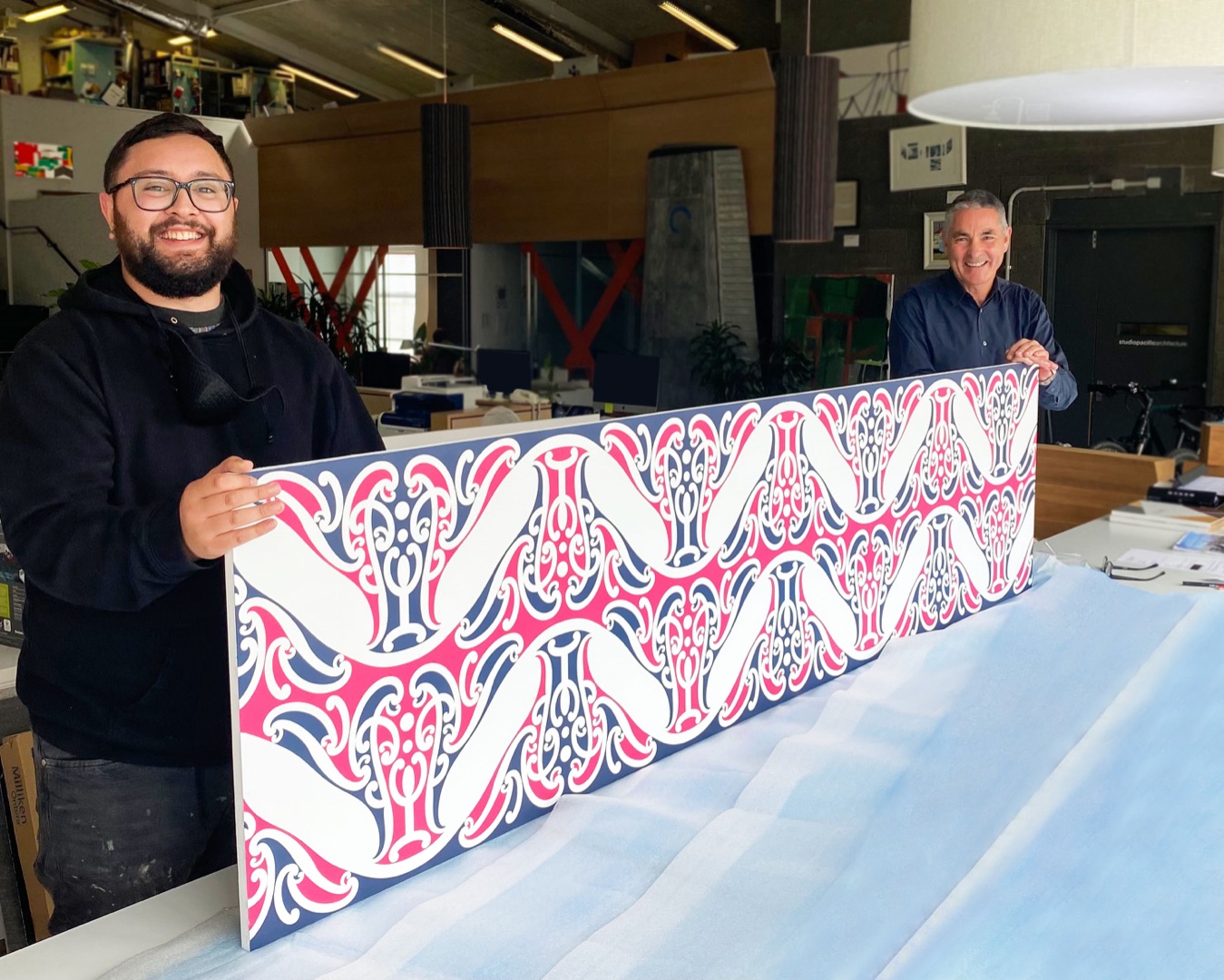