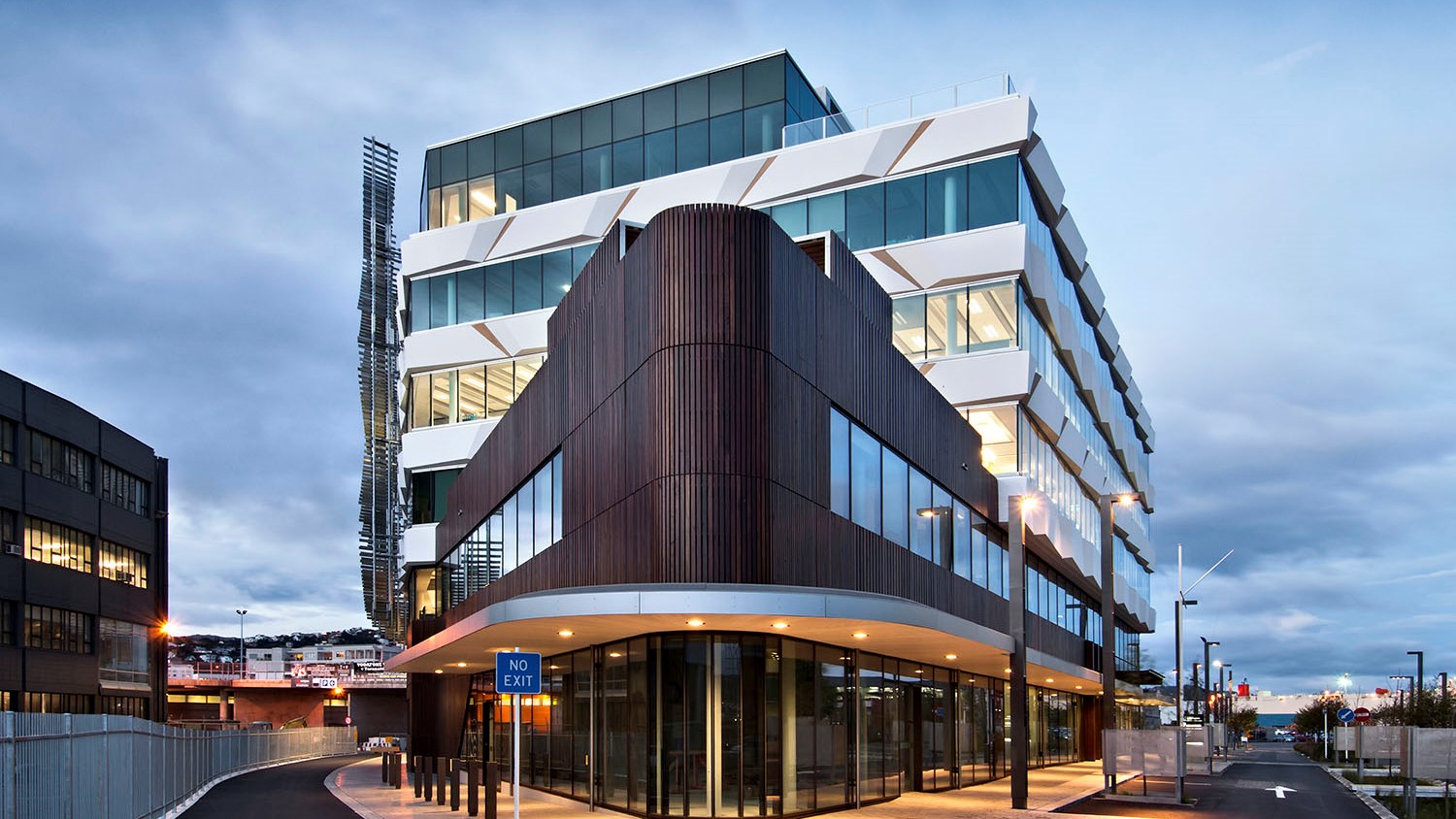 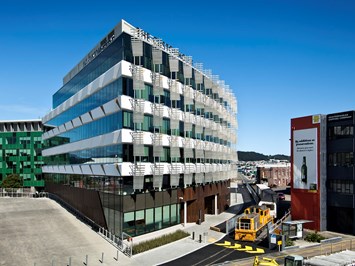 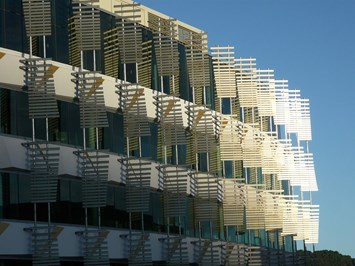 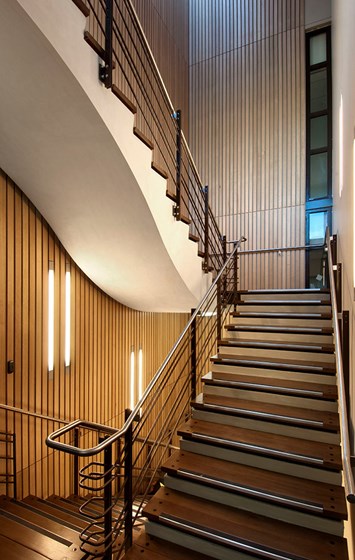 The unusual triangular island site of the Customhouse building at CentrePort’s Harbour Quays, framed on one side by an active railway line, presented both a logistical challenge and the opportunity to design a building that demanded to be uniquely shaped.

Curved on one side, the form of the final building makes the most of its site to gain excellent natural light on all sides and to maximise sea views, while a two-storey rounded ‘nose’ to the building, like the prow of an ocean liner, links it visually to the nearby port.

The exterior features dramatically tessellated precast concrete panels, taking their design cue from the barriers that are used in the port area and incorporating the idea of the designation and protection of borders. Double-glazing runs horizontally in strips between the dynamic shapes of the concrete spandrels. On the west façade, adjacent to Jervois Quay, heavy exposure to the setting sun has been addressed with striking metal sunshades that unfold like flags along its curved length. At the top of the building, the series of rectangles that form the profile of the plantroom is suggestive of a stack of shipping containers.

The ‘nose’ of the building, also clad in timber, forms an inviting entry to a separate retail tenancy on the ground floor, while a planted rooftop garden above provides amenities for Customs staff. As part of achieving a NZGBC 5 Star rating the ceilings incorporate active chilled beams set between the exposed mass of double 'T' precast concrete floor beams. This creates a striking ceiling landscape set much higher than typical office buildings.