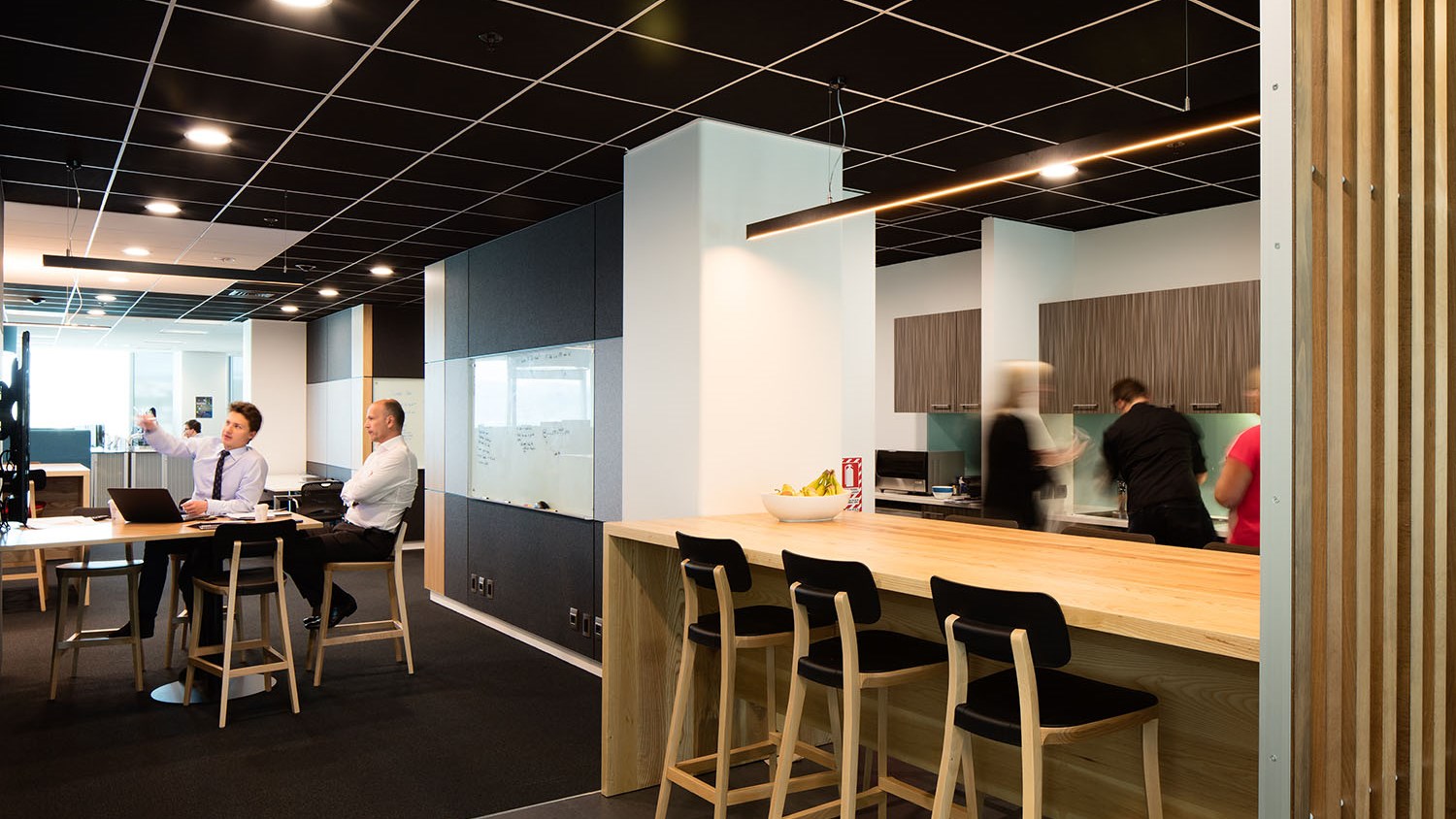 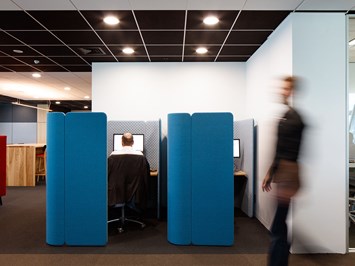 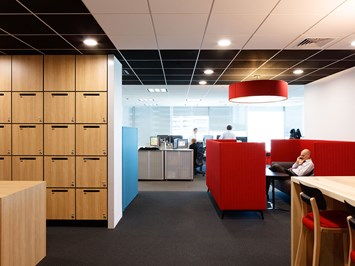 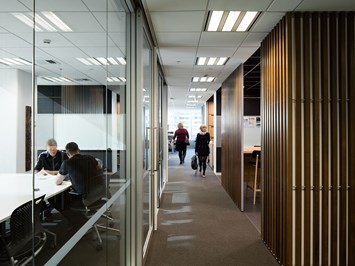 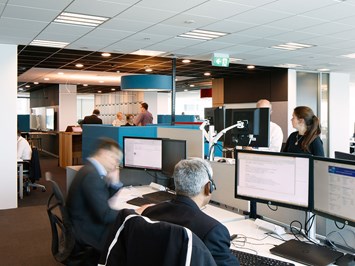 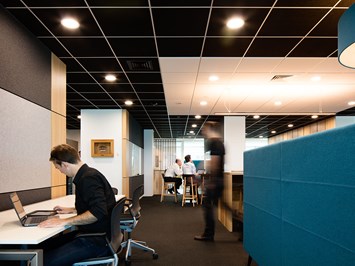 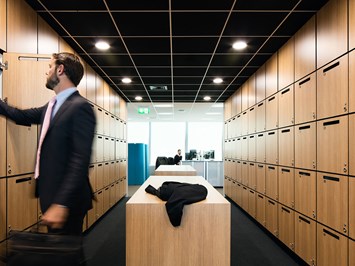 Studio Pacific was approached by KPMG to assist them with a fitout consolidation project. They occupied five floors of a Wellington office building and wanted to trial flexible working strategies, specifically Activity Based Working, to reduce their premises to four floors.

The workplace strategy commenced with a Time Utilisation Survey and a series of staff workshops from which we developed design principles that informed the design of the fitout and the work settings that would be provided in it.

Existing perimeter cellular spaces on the north and east were removed to allow for contiguous open plan unassigned workstations with improved harbour views, which the staff had identified as highly valued.

The central part of the floor provides a range of alternative work settings. It is defined not only by different carpet, ceiling tiles and lighting, but also by three focus rooms at the corners. These can also be used for video and teleconferencing as well as small scale collaboration.

The other work settings range from solo booths and high back booth seating to leaner tables and monitor tables – all using furniture items that give good long-term flexibility.

Supporting the concept of unassigned desking, an array of lockers with adjacent set down/large item storage area is provided.

In early staff engagement there was a lot of concern about a move to unassigned desking but following completion in August 2015 feedback from staff has been unexpectedly positive; to quote our client representative ‘Even the naysayers love it’.