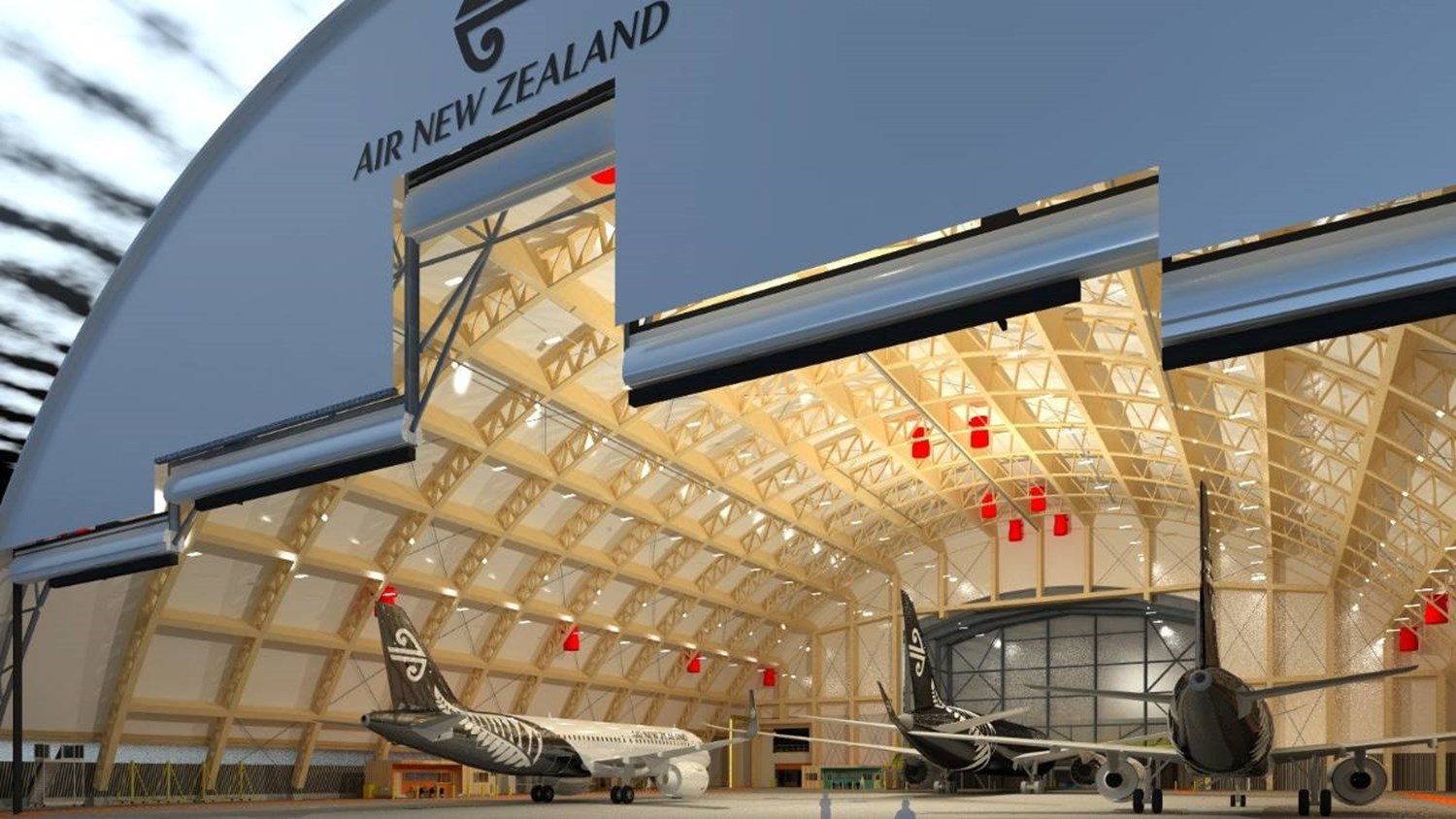 The hangar will be the largest single span timber arch aircraft hangar in the world, and will be one and half times the size of Air New Zealand’s largest existing hangar. It will be able to house wide body aircraft such as a Boeing 777-300 or 787-9, and two narrow bodied aircraft such as an A320 or A321neo, at the same time.

Hangar 4 has been designed to be a 5-6 Green-Star building, certified by the NZGBC (New Zealand Green Building Council). The rating system is internationally recognised for the design, construction, and operation of buildings.